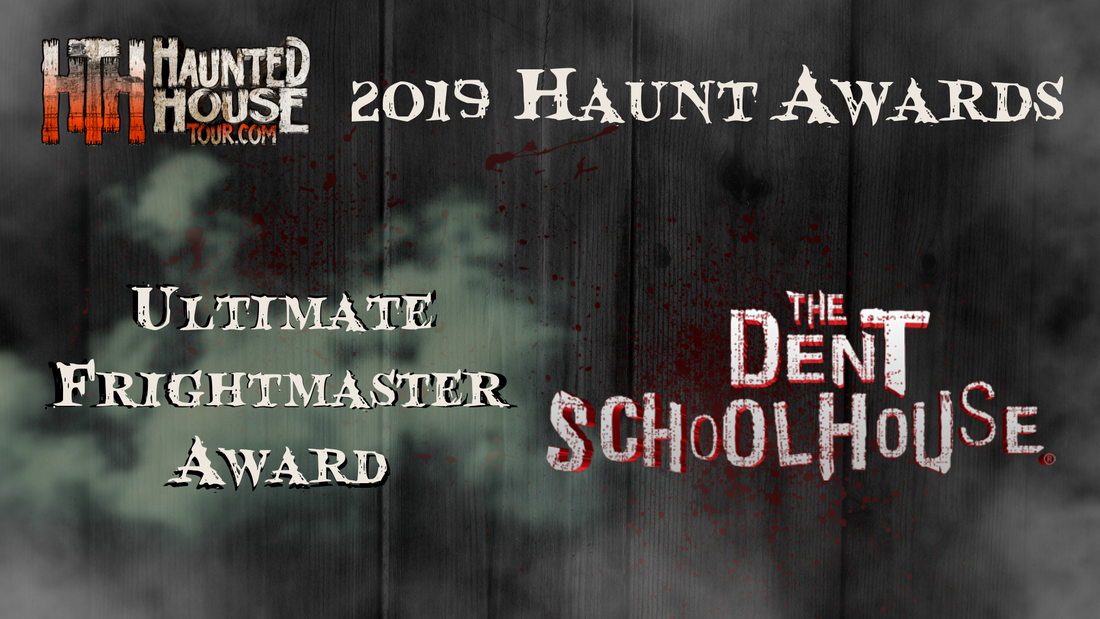 The Frightmaster award for 2019 returns to The Dent Schoolhouse. Dent is consistently one of the best haunts we visit and this year they upped the fright factor much higher than we've seen there in the past. It's a phenomenal experience, so much so that several of us visited multiple times this year and we're planning on going back for their Christmas Nightmare show in December. Every single aspect of Dent is close to flawless and it's impossible to not mention them whenever anyone asks what haunt they should visit. 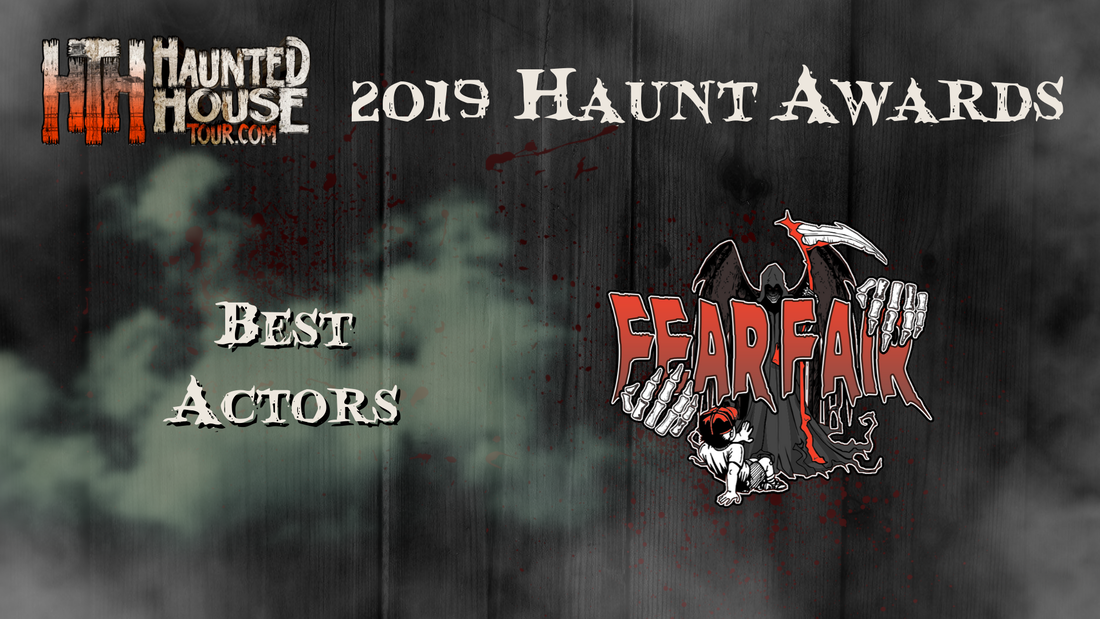 ​The 2019 best actors award goes to Fear Fair. As we were discussing contenders for this award, no other haunt had as many memorable actors inside as Fear Fair. The voodoo crew, the bayou shack people, the goat devil, the screaming priestess, the prisoners, and of course... Tiny and Peaches. The combination of the massive sets and excellent actors make for a hell of an experience. 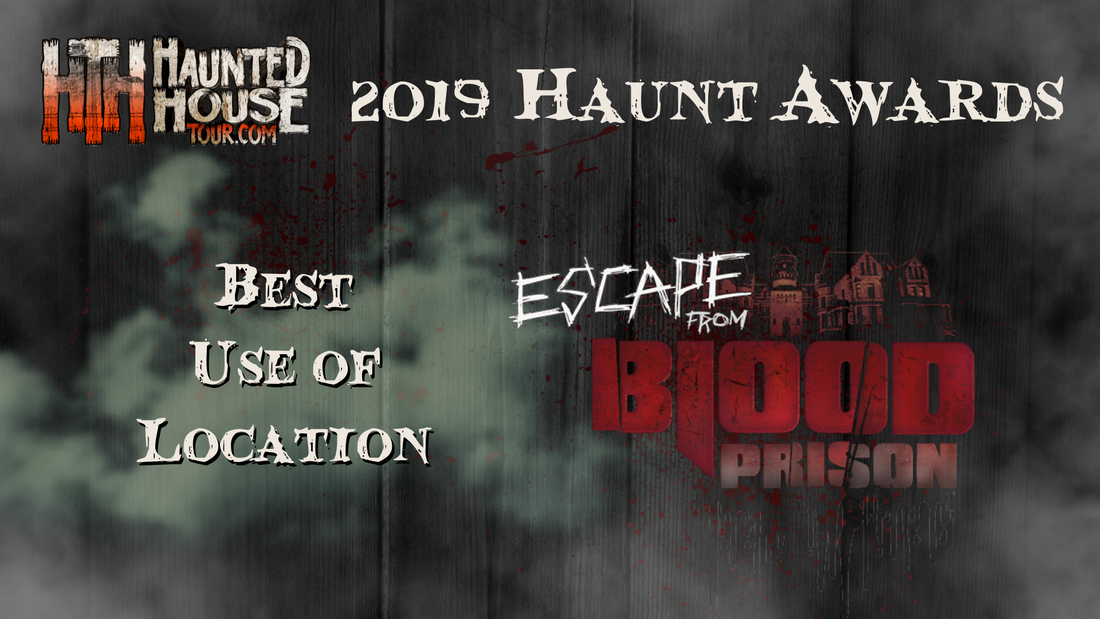 When discussing the 2019 award for best use of location, it was impossible to not give it to Blood Prison. The haunt traverses through one of the most spectacular old buildings we've ever witnessed and they do an amazing job of keeping with the theme. Blood Prison is so intense and well-executed (get it?) that it was also in the running for the Frightmaster award. 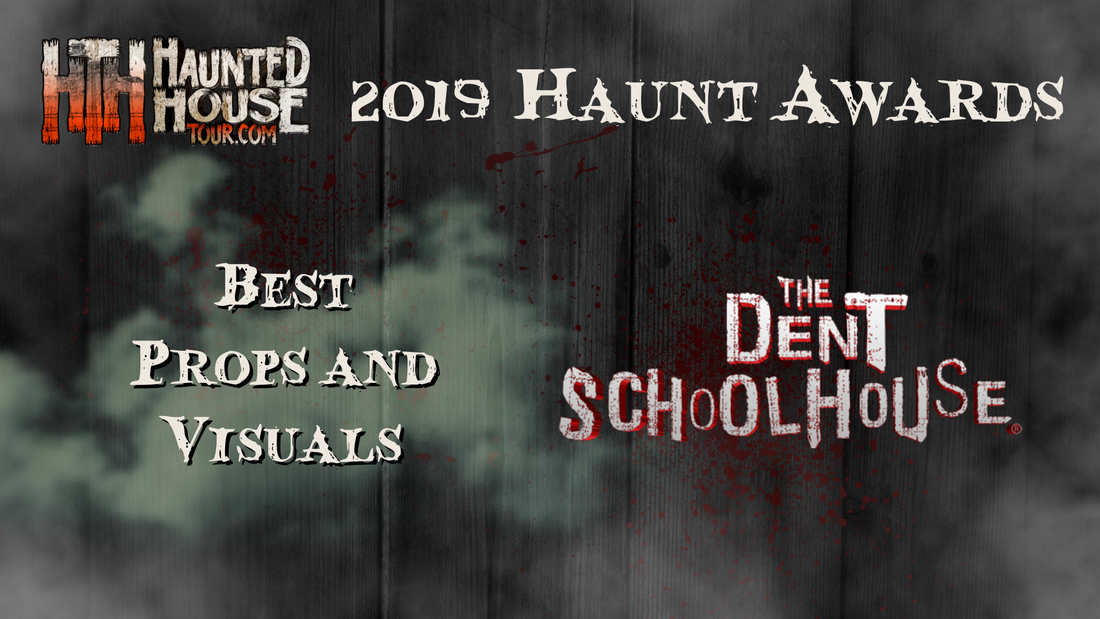 The 2019 award for best props and visuals was a no-brainer. We have never visited a haunt that touches what The Dent Schoolhouse does. They're simply master-class when it comes to their visuals and we're in awe of it no matter how many times we visit. 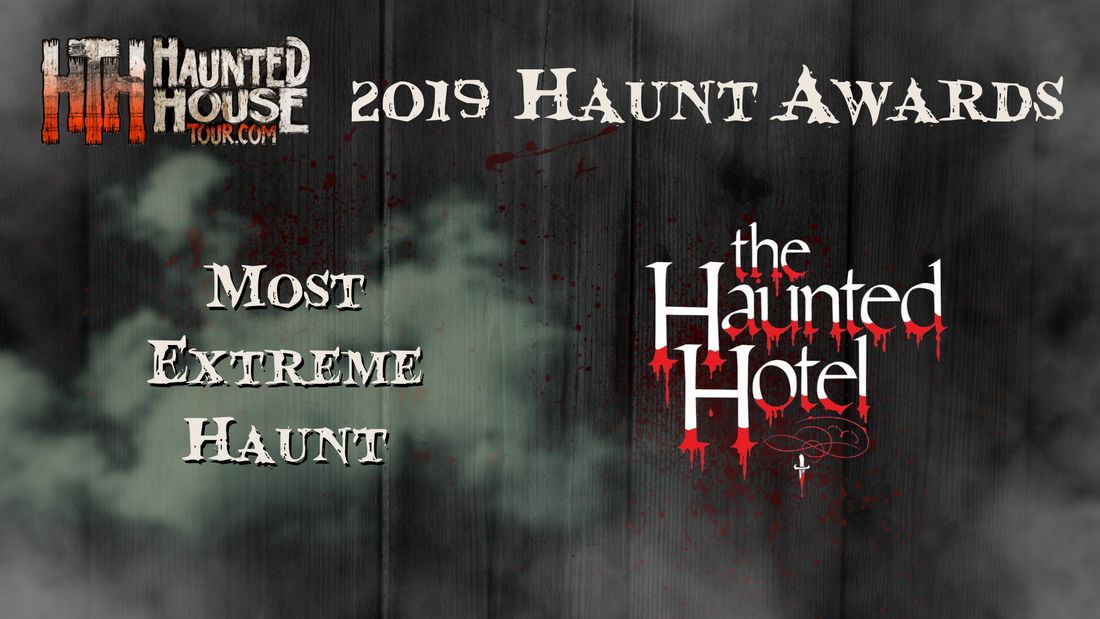 While there are always a few haunts in contention for the most extreme haunt award, the 2019 award returns to Louisville and gets stapled to the front door of The Haunted Hotel. The whole hotel felt grittier than ever and kicked our asses around every corner. There are other full-contact haunts that will bring the intensity but none that are anywhere as rapid-fire as you get at The Haunted Hotel. 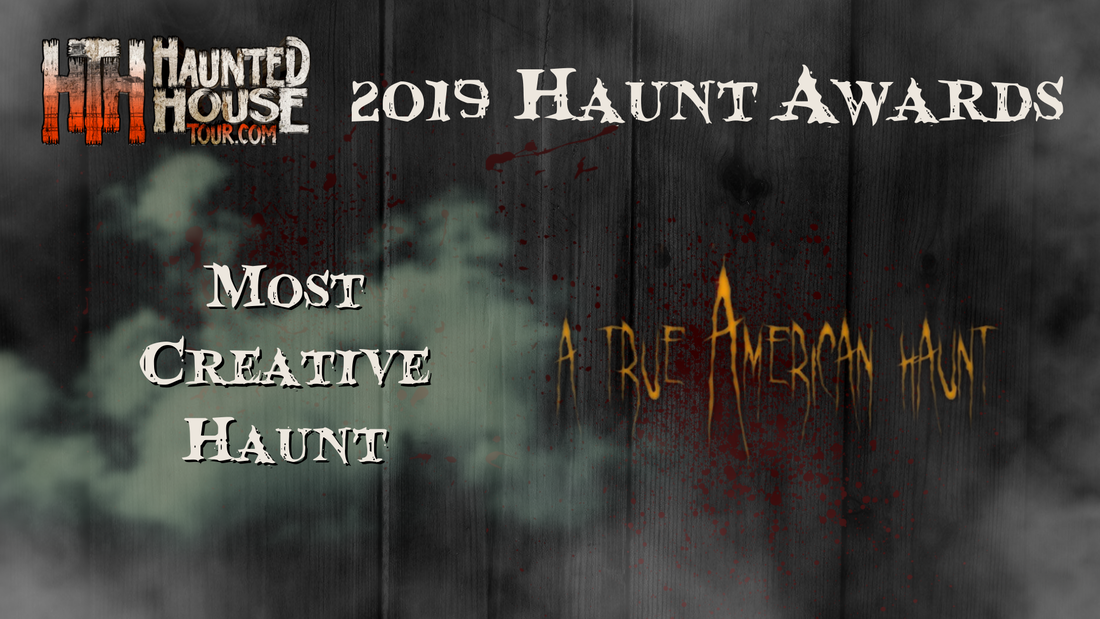 The 2019 choice for the most creative haunt was an easy win for A True American Haunt. This was one of our favorite haunts of the year. Very few props throughout were pre-fabricated. The ambiance and effects were brought to life with a small budget and immense ingenuity. The characters fit the time period consistently. This crew definitely made a haunt to be proud of, reminding us that low-tech haunting can still be effective. 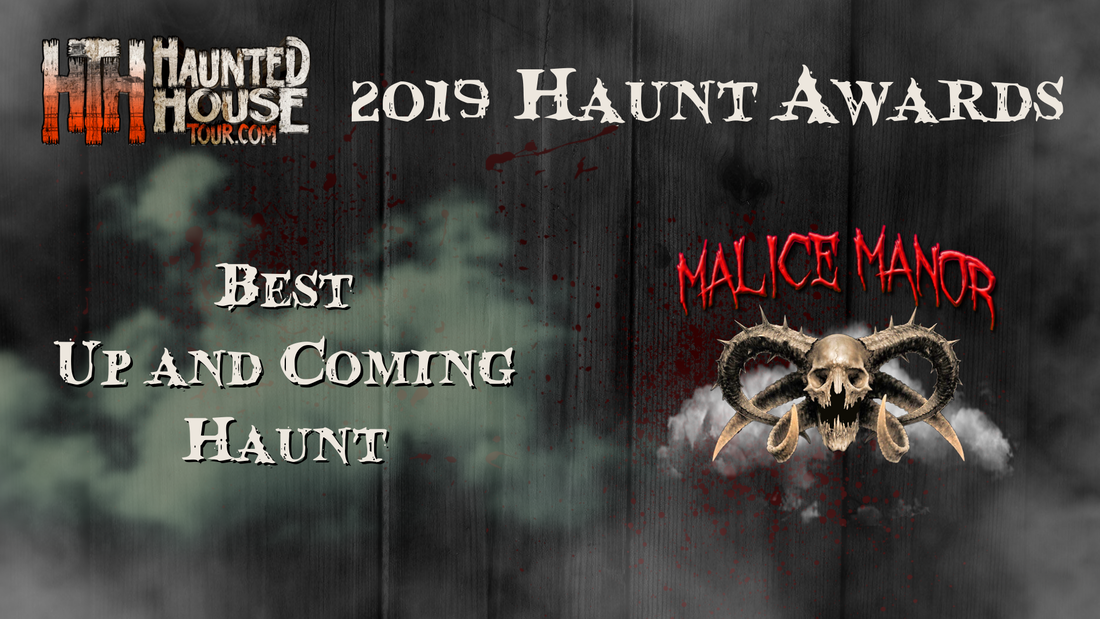 ​The 2019 award for the best up and coming haunt goes to a haunt that most people would NEVER know was a first-year haunt: Malice Manor. This combination of set-building, acting, props, special effects, and scares is rare in general, but the combination being this good in one season? Amazing! Easily one of the most entertaining haunts we attended in 2019 and we can't wait to go back in 2020!! 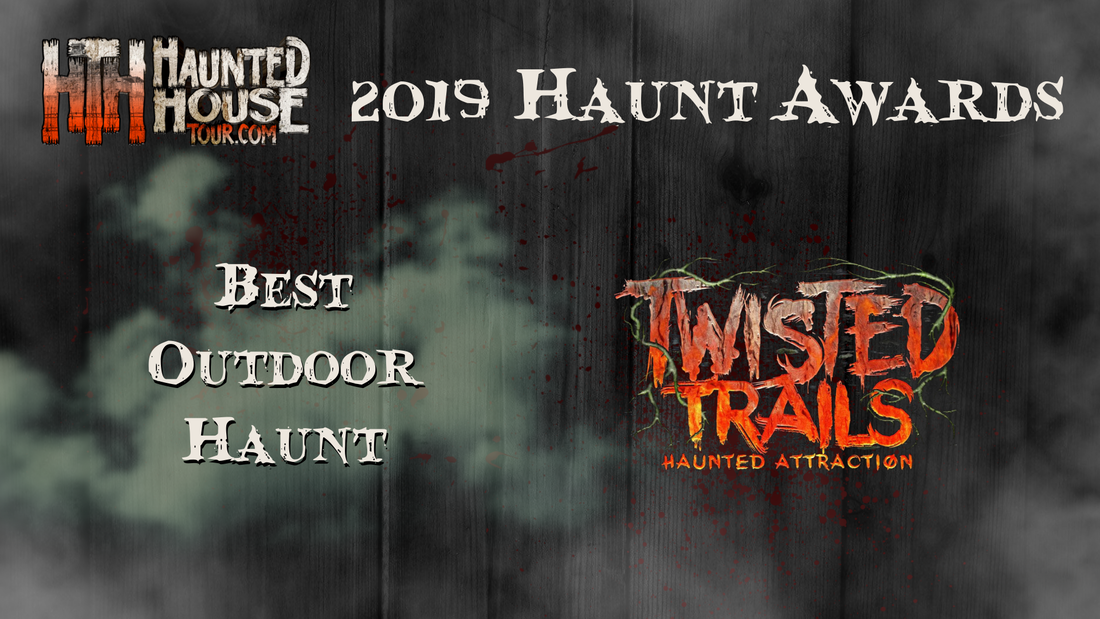 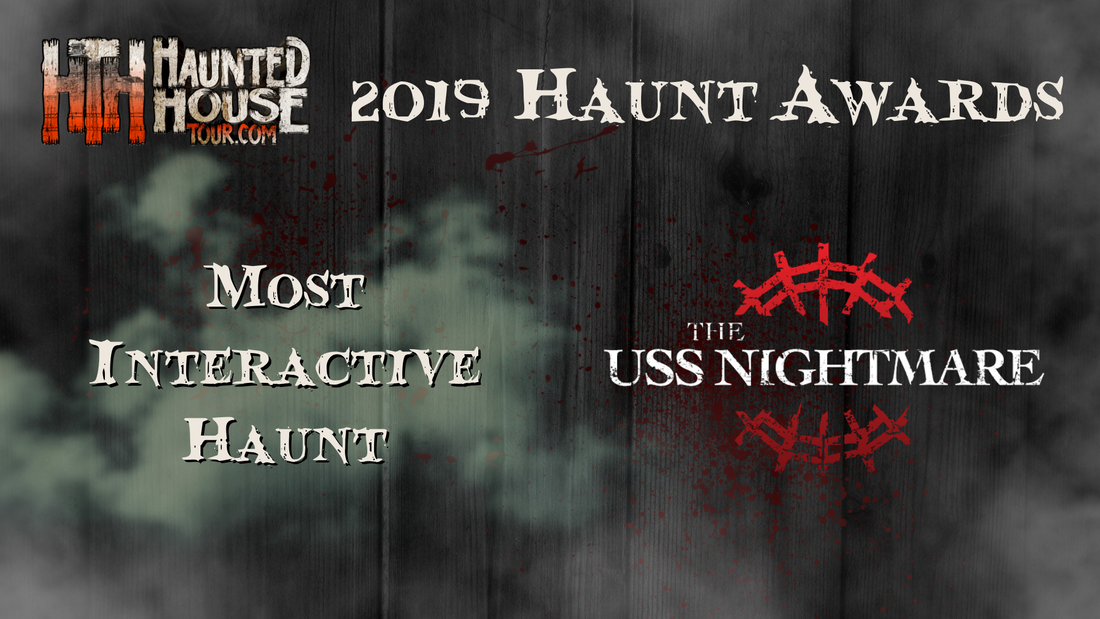 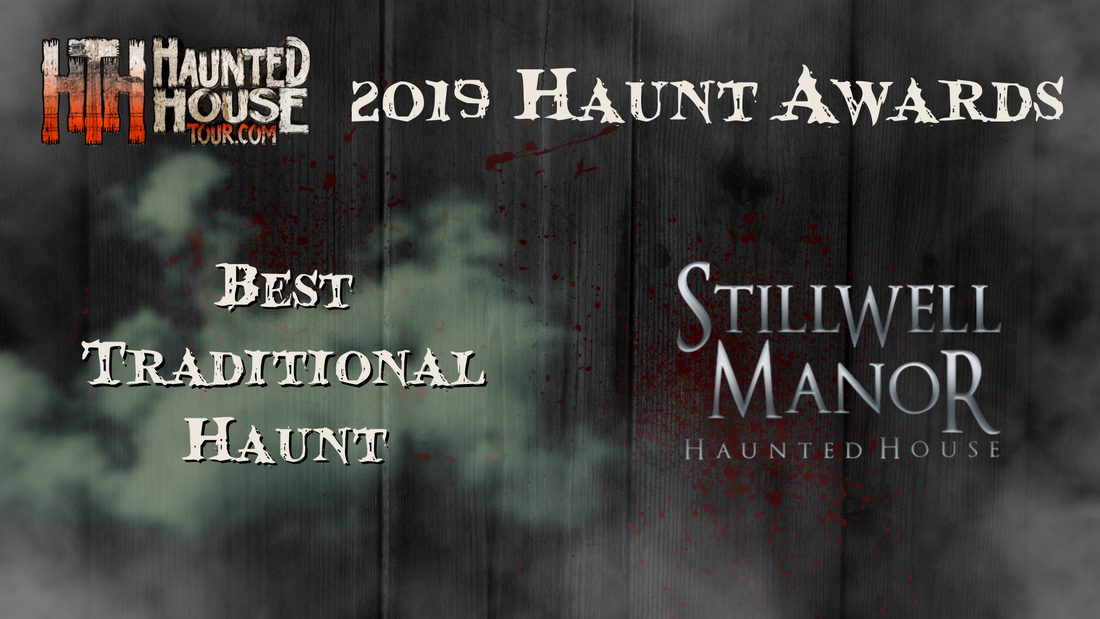 A multi-year winner in the category, the 2019 award for best traditional haunt returns to the Anderson Indiana masterpiece that is Stillwell Manor. Somehow the crew at Stillwell manages to impress us every single year and just keeps us wanting to come back for more. Dark, creepy, fun and unforgettable. 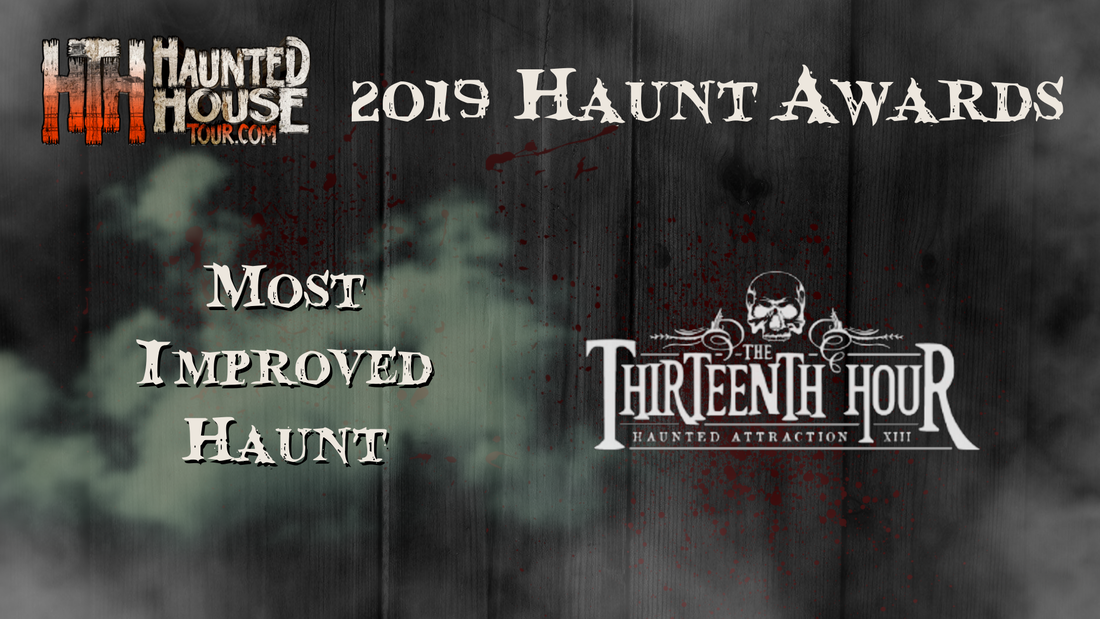 Our 2019 winner for most improved haunt goes to last year's winner for best up and coming haunt: The Thirteenth Hour. This is a haunted Gothic world of old churches, cemeteries and crypts and we're seeing it evolve into more of a nightmare every year. The most impressive part of this award is that last year's haunt was already excellent, so improving this much in one year is a huge accomplishment. 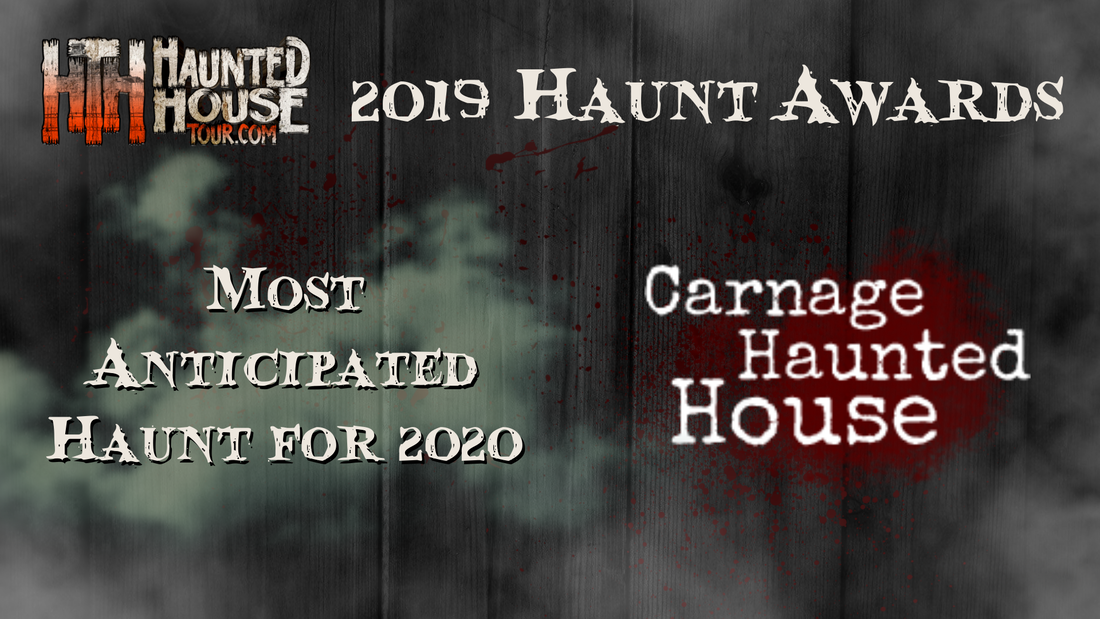 ​The award for the haunt we're most anticipating for 2020 goes to Carnage in Columbus Ohio. Carnage has been a bit confined in the building they currently lease due to space constraints, but they have purchased a much larger building and expect to open there in 2020. We expect great things once they're able to fully unleash their creativity in their own space. 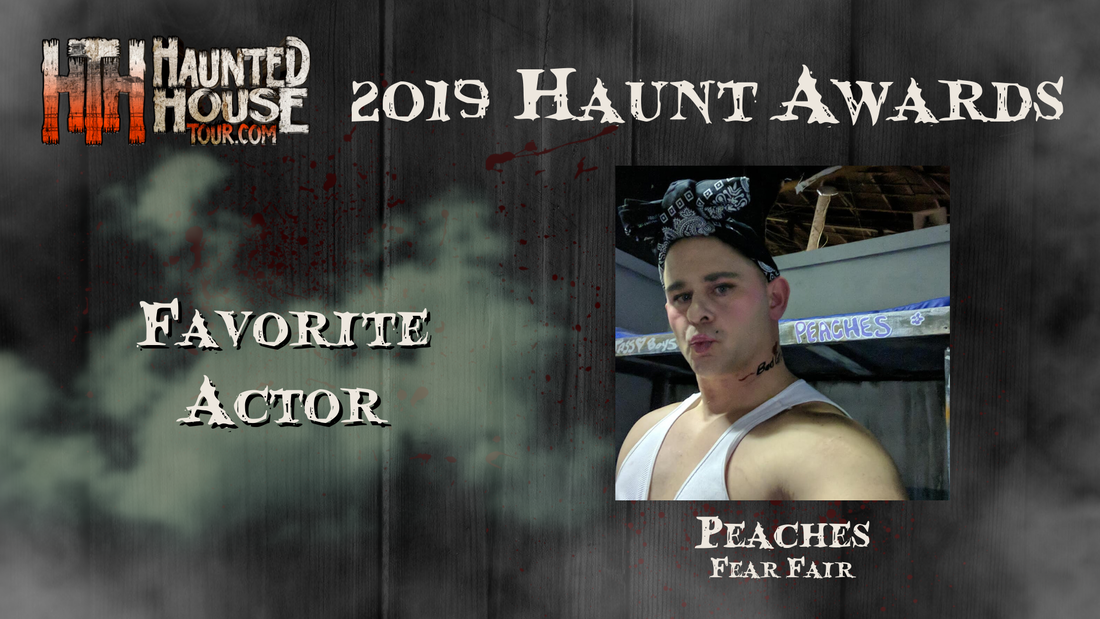 Our 2019 award for our favorite actor goes to the cuddly beefcake that is Peaches. Inhabiting a dark corner of the Rockford Riot portion of Fear Fair, Peaches is one of the most unforgettable (and spoonable - ask Todd) people you'll ever meet at a haunt and your path to escape from Rockford prison runs right through him. See you soon Peaches! 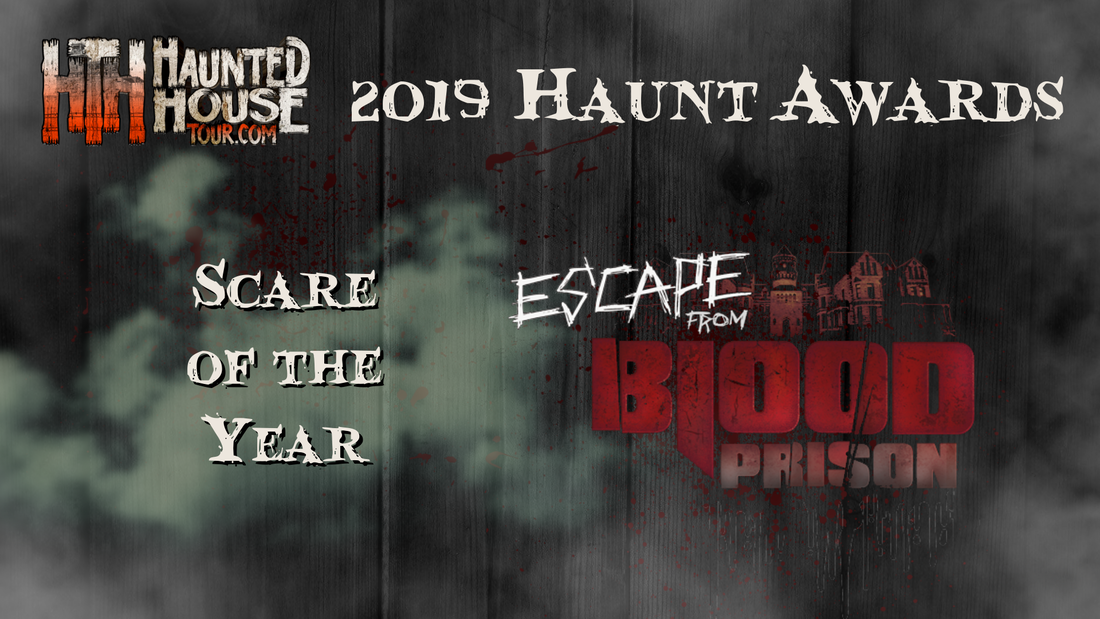 The 2019 award for Scare of the Year gets locked up inside the gates of Blood Prison and goes to the Warden's Widow. The Widow actually provided the all-time scariest moment one of us has ever had in a haunt and that likely will never be surpassed. We don't want to give away the surprise to anyone who hasn't had the pleasure of meeting her before, but let's just say that once you meet her, you'll never, ever forget her.